Concerning nanophotonics detection, gold nanostructured substrates have been developed for biomolecular detection and identification using a bimodal instrumentation based on coupled nano-enhanced plasmonic imaging and Raman analysis. This work has been done in the context of the ANR project PIRANEX from 2013 to 2017 with LCF-IOGS, CSPBAT, INL, IAQA academic partners added to HORIBA and SILSEF industrial partners. Our main goal was to demonstrate on one single chip the feasibility of combining Surface Plasmon Resonance Imaging (SPRI) and Surface Enhanced Raman Scattering (SERS) measurements. Thanks to the presence of a Au continuous film under the Au nanodisks, an enhancement of the SERS effect by a factor of 106 to 108 has been demonstrated. This enhancement factor was also shown to be dependent of the thickness of the continuous film and the filling factors. In SPRI the existence of a coupling between the propagating and localized plasmonic modes was observed resulting in a new hybrid mode potentially more sensitive to the surrounding environment due to its high confinement. We collaborate with the SILSEF company for the realization by UVNIL on large surfaces of series of nanostructured samples, since SILSEF is interested by the commercialization of our SERS substrates. 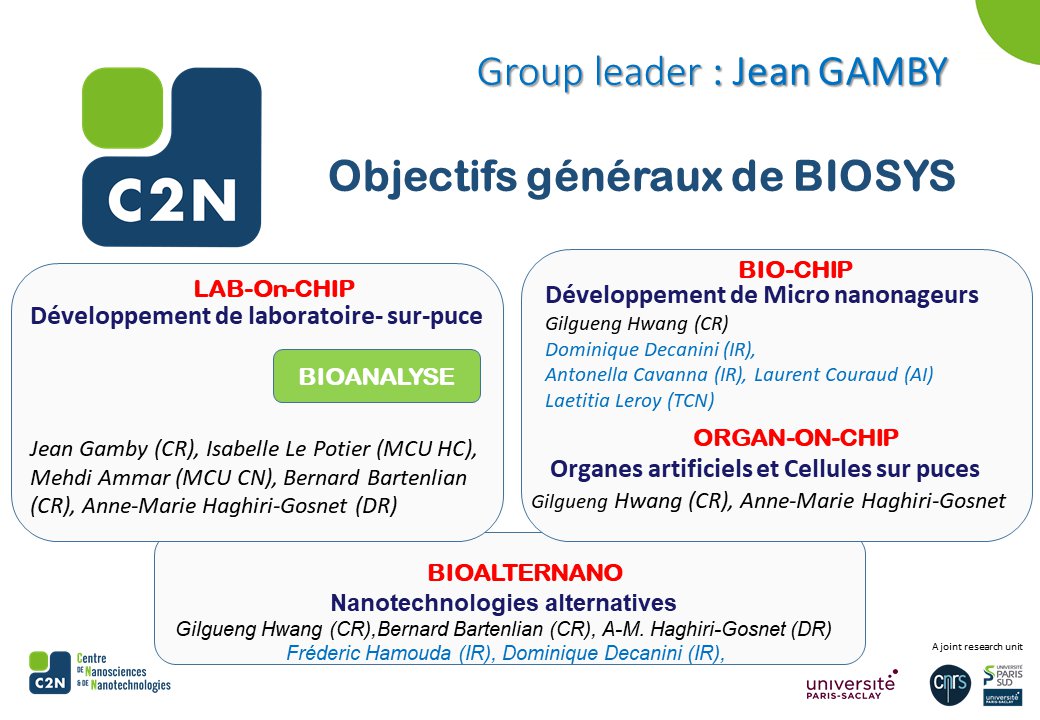